(…continued from “The Blind Utopia of the Privileged, Part 1“…)

A few weeks later, I posted a meme I created that actually referenced the “blacks are BY FAR the biggest killer of blacks” statement that my Miley said previously, as he was still using statements like this to attack people of color in America, particularly Blacks.

I figured the information I wanted to get across to the privileged would be easier for them to grasp through a meme: 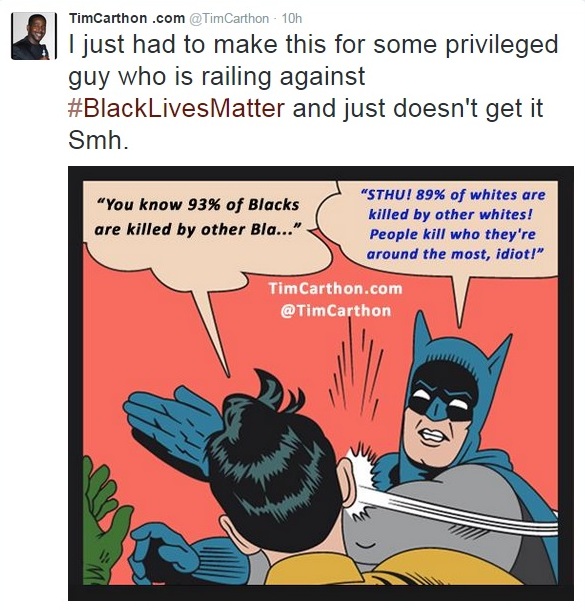 Yes, I know it’s a little rough, but my attitude was still raw from my conversation with this guy weeks prior. Low and behold, my second Miley Cyrus sarcastically responded:

Did he not get the memo from my conversation with my first Miley? Evidently not. So, I had to quickly show him why “I’m Batman®!“:

Operator: “The WWE® called. They want their Smackdown back.“
Me: “I’m sorry, but I don’t have it anymore. I laid it down on Paul Collins.“

And I haven’t heard from him since.

Can you tell I am sick and tired of purposeful ignorance from privileged individuals?

Hey, in my defense, I was still a bit more subdued than Nicki Minaj on the VMAs when I was addressing Miley Cyrus-based levels of ignorance regarding the plight of the systematically-disenfranchised.

Unfortunately, these situations are not outliers.

That is probably because understanding and accepting that truth would mean that they would have to dismantle virtually every piece of bigoted and racially-biased brainwashing to which they’ve been subjected, some of which they don’t even realize has happened to them.

The most mind-boggling thing is that the privileged seem to tend to think that we’re attacking white people and police in America.

They don’t seem to understand that the thing about which Black people are protesting is not individual police officers or white citizens, but the system of brainwashed bigotry and institutional racism.

The very system which creates multiple pockets of random crime.

That system trains them, especially police officers, to see people of color as the enemy, yet, instead of their defenders hearing the truth of that statement, they’re too busy making statements like:

“If you would just obey their commands, then you wouldn’t be shot,” as though non-compliance by the oppressed and abused is the reason for their oppression and abuse.

Yet, video after video shows victims of color being shot and killed even when they follow the “commands” of police. In fact, lets not even talk about victims who were killed. Lets talk about people who were victims of other forms of police abuse.

Take me, for one. Listen to one (1) of my stories of police abuse and corruption and what it costed me: 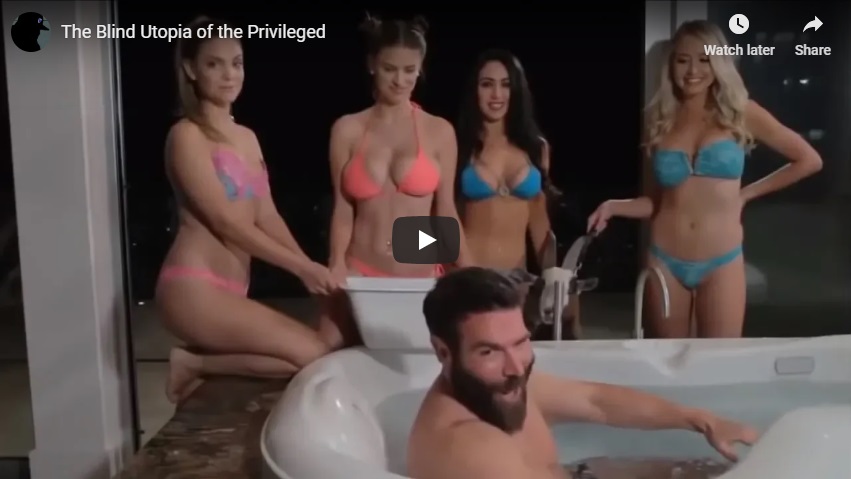 Sadly, to so many of the privileged, it still seems that neither Black lives or the truth in our videos matters.

That’s because so many cannot wrap their minds around the fact that their childhood heroes are defending a villainous system run by the privileged.

Unfortunately, that’s like a recovering alcoholic trying to stop another alcoholic from drinking. It’s doable, but unlikely at worse and extremely difficult at best.

This is why the blind utopia of the privileged is so dangerous. It tends to make the ones with the power to halt the abuse of power indifferent; something that, all too often, becomes deadly to us, literally.

Post Views: 145
The Blind Utopia of the Privileged (VIDEO)
Would You Have Killed This ‘Kid’?

ItsTimeToFITE
Creator of exceptional articles and unbelievably-unique and creative videos dedicated primarily to helping the FITErs who FITE against and expose those in The Establishment who prey on the vulnerable.
#FITErs #ItsTimeToFITE Bigotry Blind Utopia It's Time to FITE Miley Cyrus Nicki Minaj Police Brutality Privilege Taylor Swift Twitter VMAs