Official Statement on the Seemingly Systematic Killing of Blacks…

“Words cannot express the sadness we feel for the family, especially the children, of Alton Sterling, Philando Castile, and the tens of thousands of individuals, if not more, unjustly slain by police officers over the years.

No child or significant other should have to see their parent or loved one killed in such a horrific, callous manner.

The importance and timing of actor and activist Jesse Williams’ powerful Humanitarian Award acceptance speech at the BET Awards cannot be overstated.

And the negative backlash it received from those born into a prism of privilege which they cannot seem to see, touch, smell, or taste, but from which they benefit on a daily basis repeatedly, has, on this day, reached epically ironic levels.

From the wrongfully-convicted, 14-year-young George Stinney, Jr.’s legal murder due to racially-based court injustice all the way past the unjust, street-based summary execution of Walter Scott by those entrusted with the most power, the downtrodden have asked consistently and repeatedly, ‘When is enough, enough?’

…neither of those will happen until those of African descent build what Dr. Umar Johnson refers to as ‘an international base.’

Until our people and our continent of origin unify and are strong enough to lend us their economic and political power, the Black lives that we know matter will never matter to the ones murdering us.

For now, we pray that the families of the slain find peace and that justice finds those who removed it from them.“

20
Post Views: 33
Lack of Self-Reflection: The Relationship Destroyer
In a World Where Kindness is Decreasing, Being a Gentleman Still Rocks

ItsTimeToFITE
Creator of exceptional articles and unbelievably-unique and creative videos dedicated primarily to helping the FITErs who FITE against and expose those in The Establishment who prey on the vulnerable.
#FITErs #ItsTimeToFITE #RIPAlton #RIPAltonSterling #RIPPhilando #RIPPhilandoCastile Alton Sterling CD CDs Guns It's Time to FITE Murder by Cop police Wallet 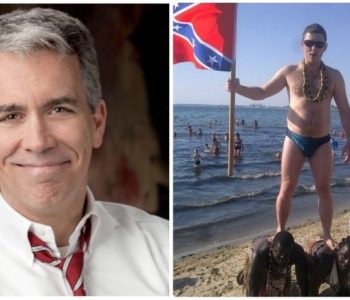