We have to completely agree with Floyd Mayweather, Jr.

He’s the best fighter, ever.

Now, I’m a huge Floyd Mayweather, Jr. fan. We don’t hide that at all. However…

…I’m a much bigger fan of the truth, and whether his opponents were bigger or smaller, faster or slower, younger or older, more experienced or less experienced, champions or contenders, he not only beat them, but he beat them with an almost +30% average connect percentage.

Half the time, after the fight, he didn’t even look like he’d just been in a professional boxing match! That’s because, simply put, he was better than everyone who entered the ring to fight him, period.

He was so much better to where out of 69 judges’ scorecards, he only ever lost on one (1).

Look at his ‘loss, draw, no contest’ record in comparison to these current and future Hall of Famers:

As you can see, Rocky Marciano is the only universally considered ‘great fighter’ to hold the exact same record as Mayweather (49 wins, 0 losses, 0 draws, 0 no contests), but with one significant difference.

Marciano got routinely pummeled in the ring, whereas Mayweather will probably go on to be universally considered the best defensive fighter of all time.

But he’s more than that.

In the age of constant entertainment, Mayweather has the top four (4) highest grossing pay-per-view boxing matches in history.

He is the first boxer to ever make over 9 figures in one fight in history.

He secured the most lucrative deal in boxing history.

He has made over $700M in his boxing career, more than any other boxer in history, and is the highest paid athlete in the world three (3) years running.

But he’s more than that. Much more.

We all know that greatness in boxing is more than your record, more than those statistics above, and more than money. However, if Floyd Mayweather, Jr….

…then it’s pretty hard to argue against those historical facts and statistics. Yet, we don’t think casual boxing fans care about that, and that has led us to one conclusion:

We are now convinced that Floyd Mayweather, Jr. has reached Christian Laettner levels of hate. And the $3.5M Bugatti Veyron Grand Sport Vitesse he just bought simply added fuel to the hatred fire.

If you don’t know who Christian Laettner is, then you’re probably not a college basketball fan, at least not a Duke University one (or one of its rivals).

Christian Laettner was so hated by the fans that it was scary. Why he was hated was not scary. It was Mayweather-ish, at least record-wise:

So, out of 24 total NCAA® Tournament games, he played in 23 of them and won 21 of them. Those are both NCAA® records.

Oh, you think that’s all? Not even close. Just look at his college basketball statistics from his Wikipedia page:

“For his career Laettner averaged 16.6 points and 7.8 rebounds per game while making almost half of his three-pointers. He scored 21.5 points per game his senior season, garnering every major national player of the year award; Duke retired his No. 32 jersey later that year. His career is widely regarded among the best in college history, and he is enshrined in the National Collegiate Basketball Hall of Fame.”

On top of that, he looked like the quintessential All-American:

If that wasn’t enough to make you hate him, in ESPN’s 30-for-30 Documentary, ironically entitled, “I Hate Christian Laettner,” his teammates spoke about how he used to taunt them in the locker room, especially Duke point-guard Bobby Hurley, which was more a kin to torture than taunting.

When your teammates hate you, you’re one of the top 10 greatest college players of all time, and you’re both getting to the Final Four® and winning multiple championships, that says a lot about you as a person, both good and bad. Take a look for yourself:

So why do we believe that Floyd Mayweather, Jr. has now reached Christian Laetner levels of hate?

Simply because, like Laettner in the college basketball arena, he played the villain and the boxing game, in and out of the ring, too good for too long.

If you’re too good and too cocky in the eyes of the masses, and then you stay there for an extended period of time, those same masses will initially cheer you, but eventually want to see you somehow, someway ‘humbled.’

Both fortunately and unfortunately, Laettner and Mayweather fit this mold all too well.

…although Christian Laettner played college basketball for Duke University from 1988-1992 and was one of the best to ever do it, he was universally hated then and still is to this day, and in that realm is where we believe he and Floyd Mayweather, Jr. will be symbiotically bonded for life.

20 years from now, there will be an appreciation for the genius of Floyd Mayweather, Jr., the champion. However…

…there will be no love for Floyd Mayweather, Jr., the man. There will be no holiday for the best fighter ever. For from the sound of his name will once again rise the memories of this current hatred, fueled by the once-in-a-lifetime greatness for which he will forever be imprisoned.

ItsTimeToFITE
Creator of exceptional articles and unbelievably-unique and creative videos dedicated primarily to helping the FITErs who FITE against and expose those in The Establishment who prey on the vulnerable.
#FITErs #ItsTimeToFITE Boxing Champions Championships Christian Laettner College Basketball Floyd Mayweather Greatness Hatred It's Time to FITE Jr. 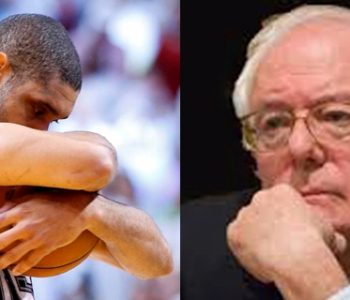 In a World Where Kindness…