If you don’t know the non-Wikipedia, non-right-wing-propaganda-demonization definition of the word “Socialism,” then I suggest you drink a tall glass of shut the heck up, please.

Forgive me, but I have an extremely high level of disdain for ignorance, especially when it’s purposeful. I find that purposeful ignorance exudes cowardice, and when I look at the right-wing base, all I see is cowardice.

Anyone who is willing to just take what someone says without even thinking about researching it, let alone actually doing it, all because it elicits a strong emotional response, is an intellectual coward. In my opinion, this is the right-wing base.

Their “leadership” publicly lies on a level I haven’t seen since the Bush 43 years, and their base just sucks it up as if it’s truth.

Then they directly contract media propaganda machines like Fox “News” to reinforce the lies through repetition for weeks and months, but with added key buzzwords:

These particular buzzwords are specifically used to evoke a particular emotional response from their massively-ill-informed base.

Democratic socialism is calculatingly-demonized while unfettered capitalism is pushed by the rich and powerful as the ‘gold standard’ of running a country economically.

So, for the easily manipulated, let’s discuss the actual definition of all of these terms right now.

Democratic Socialism: GREAT! Democratic socialism is, in essence, the ‘in-between’ of capitalism and communism.

In other words, “Democratic socialism is the correct balance between universal government programs and regulated capitalism.” ~ Tim Carthon.

Democratic socialism’s champion is 2-Term U.S. Senator Bernie Sanders‪ and his philosophy is rather simple to understand, so much so to where I explained it here in this video while traveling in my most relaxed, could-have-been-half-asleep political state ever: 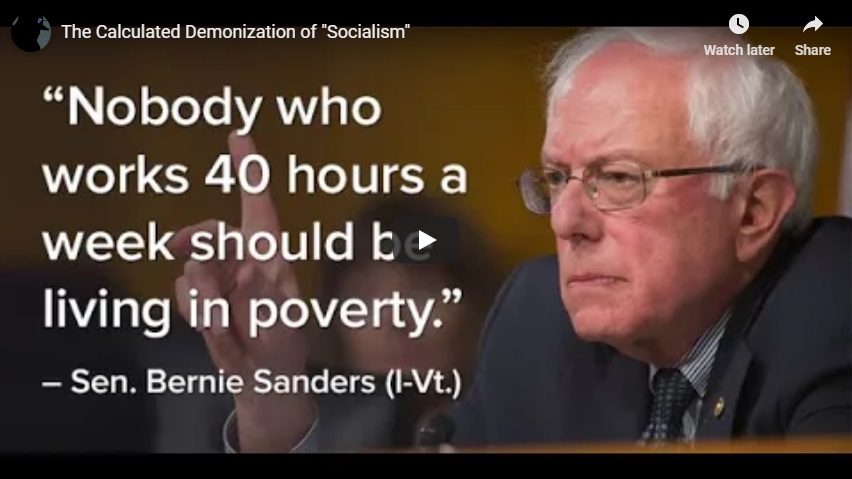 Then, Bernie Sanders did an even more powerful job of explaining Democratic Socialism in his long-awaited speech deciphering the simplicity of it: 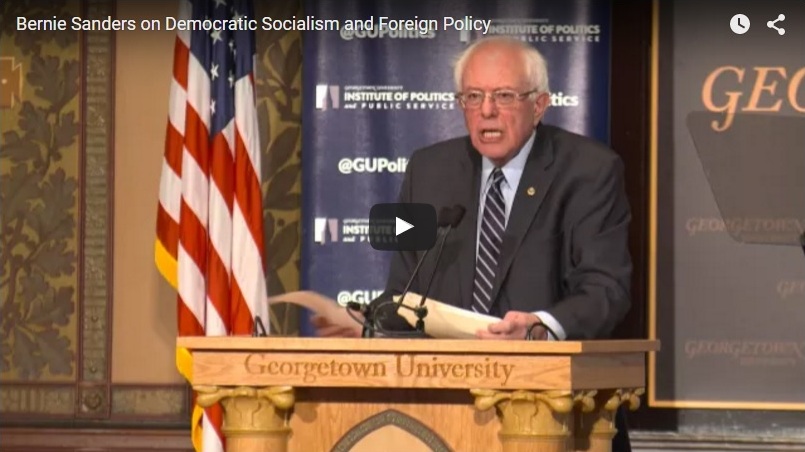 Unfortunately, the percentage chance of the common man becoming rich and powerful is almost as minute as someone making it to the National Basketball Association® as a player.

You see, in actuality, the “unfettered” capitalism argument is propagated in order for an extremely small group of people to make insane amounts of money off of the very common man they preach to about it, while simultaneously paying an orgasmically-low tax rate while doing it.

They just need the common man to be their shield and to defend the “unfettered” capitalism verbiage and practice, breeding unlimited greed and financial gluttony, ultimately resulting in financial depressions which, ironically, hurt the very common man who defends this economic insanity for them.

Just listen to Pope Francis, the current leader of the Catholic Church, speak on unfettered capitalism a few years ago, something he has called “the dung of the devil”: 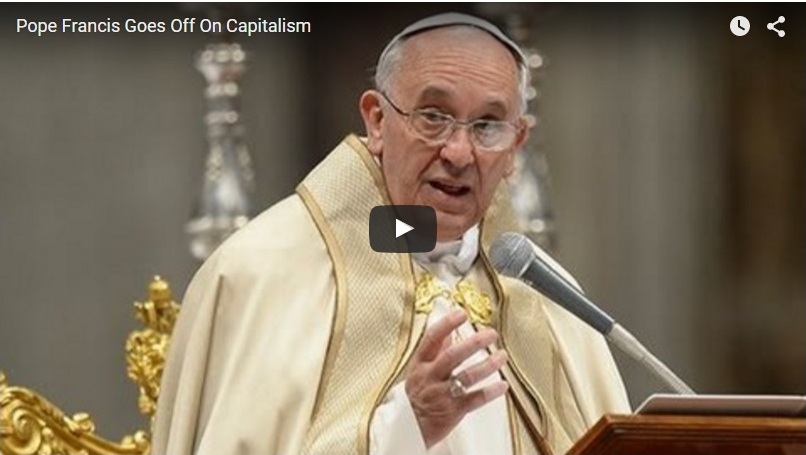 Oligarchy: POTENTIALLY HORRIBLE! An oligarchy is a small group of people having control of a country, organization, or institution. Sound familiar?

It’s where America almost is now because of the right-wing Supreme Court of the United States’ Citizens United ruling.

An oligarchy relies on the mercy of the small group of people in charge. So, if you have a very humble, giving group of people, then, although not the best form of governing, an oligarchy may not be all that bad. However…

…how often do you find that level of power in the hands of a humble, giving group of people? How many times have you had it in their hands, only for that ‘absolute power’ to ‘corrupt absolutely’?

Hence why I dubbed this one “Potentially Horrible.”

Communism: HORRIBLE! The government has total control of EVERYTHING and you, as a citizen, have virtually no say so in anything.

You can even be put to death with no trial and no consequences to the individuals who ordered and/or executed that death.

Balance is always the key in these situations, and there is only one definitely positive-ending solution to ruling a country that has the correct balance, and that’s democratic socialism. However…

…in America, the word socialism has been purposefully demonized by those who are making hundreds of millions of dollars and gaining unprecedented control over the government and the masses.

To them, it’s not about truth, it’s about narrative.

I’ve told people this a few times and with a number of variations:

Vote for the best presidential candidate with the best plan for the entire country or don’t complain when your candidate screws you and this country over.

From what I see, there is only one Democratic socialist in the current presidential race, and that’s Bernie Sanders‪. Here are a number of his platforms from Internet memes (don’t worry, I checked them out for legitimacy): 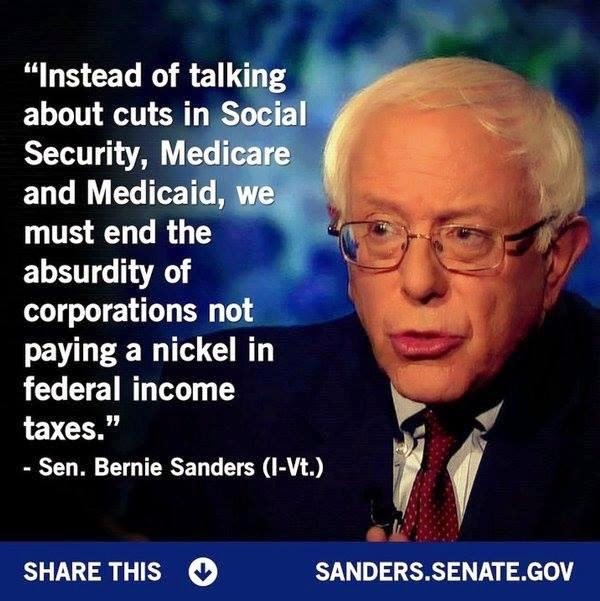 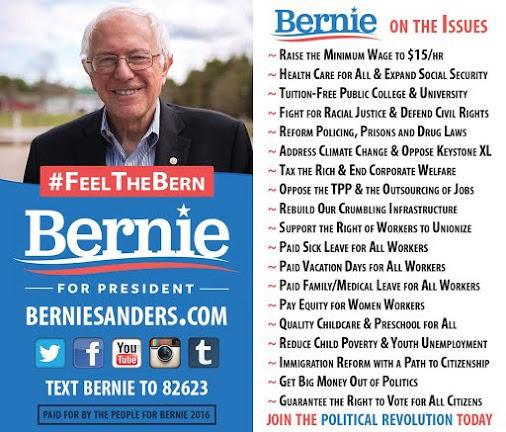 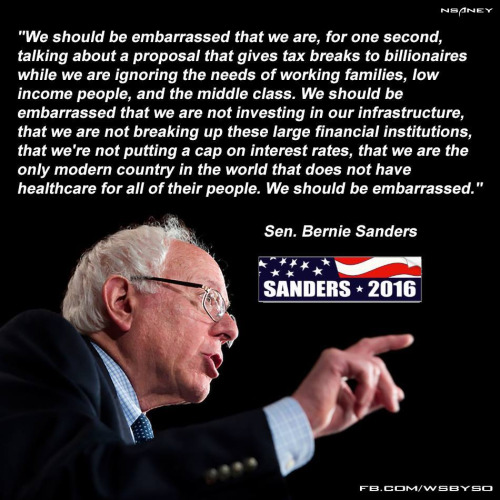 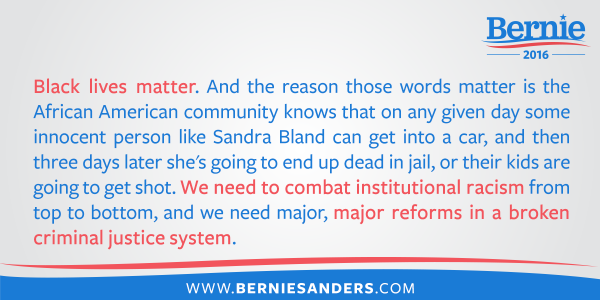 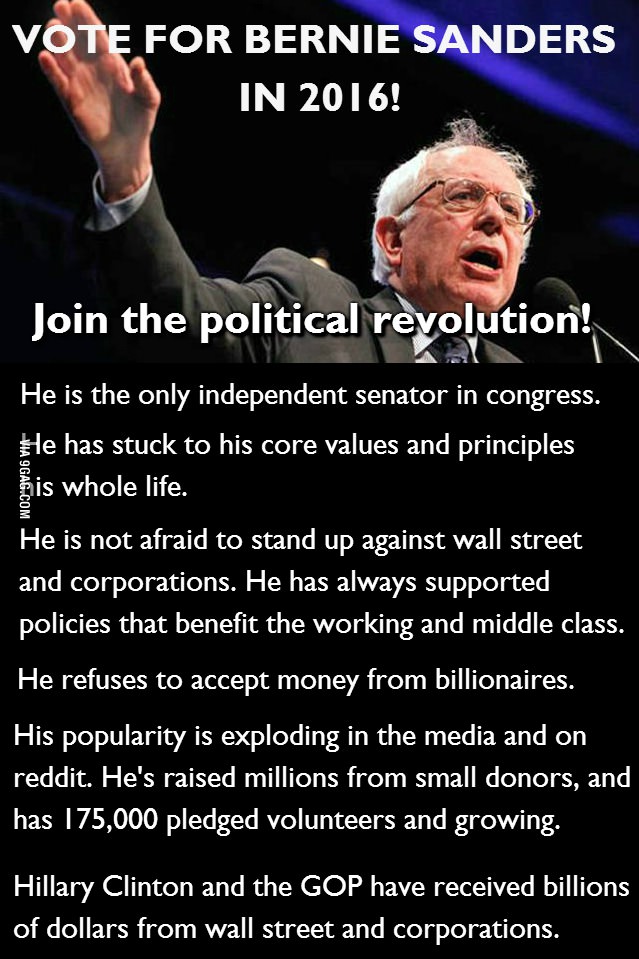 An amazing platform, right? Well, that’s been pretty much his platform his entire life, literally. For what more can one ask from a presidential candidate?

Well, a lot of people are asking for his head on a figurative stick because they believe that his democratic socialism policies will cost the country $18T in additional spending.

This, too, is a completely false talking point.

It’s a faux argument used by the rich and powerful to scare the very people they’ve prepped with the “be scared of debt” argument.

Senator Sanders is saying enough is enough. He’s putting these rich people on the spot and showing them how the American economic system should be run, along with other key universal government programs.

Check out his democratic socialist plans: 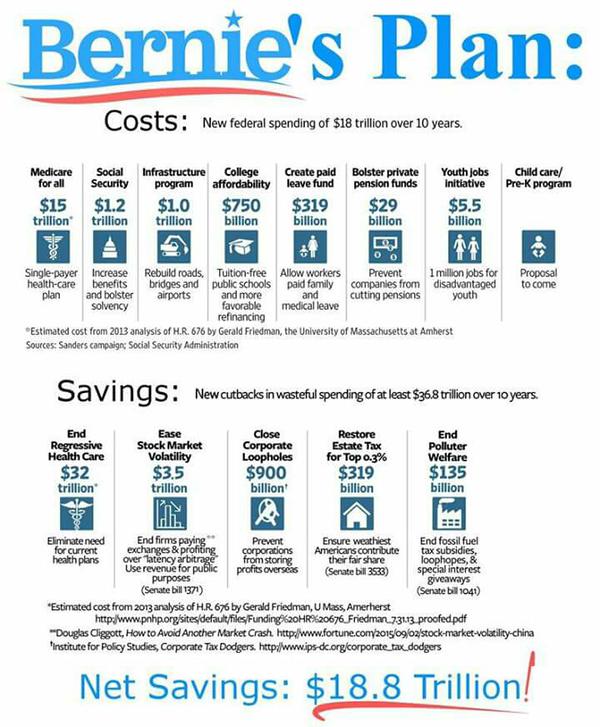 As you can see, Bernie Sanders’ plan doesn’ cost $18T, it actually saves $18T. That’s a big difference in verbiage, don’t you think?

Doing it this way will ultimately benefit the entire country, unlike what we have now which is only benefiting a small group of greedy and financially-gluttonous people who currently have control of our country, our political organizations, and our financial institutions. Hmmm…

As Pope Francis explains, “We have created new idols. The worship of the ancient golden calf has returned in a new and ruthless guise in the idolatry of money and the dictatorship of an impersonal economy lacking a truly human purpose.“

Bernie Sanders understands that fully, and his plans will re-shift the money we’re spending that is making the rich richer and allocate it to programs that benefit the lower and middle economic classes.

Outside of finding out that he’s an intergalactic alien hell bent on destroying mankind, this man, with his complete understanding of economics and a history of selflessness and positive consistency, definitely has my vote.

ItsTimeToFITE
Creator of exceptional articles and unbelievably-unique and creative videos dedicated primarily to helping the FITErs who FITE against and expose those in The Establishment who prey on the vulnerable.
#FITErs #ItsTimeToFITE Bernie Sanders Black Lives Matter capitalism communism Democratic Socialism It's Time to FITE oligarchy 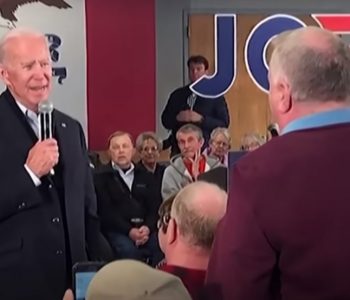 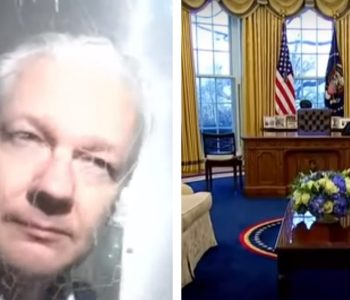 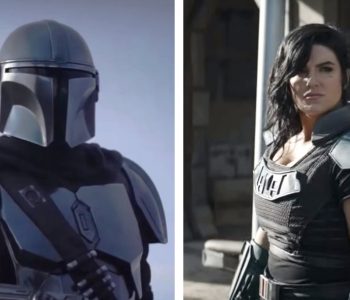 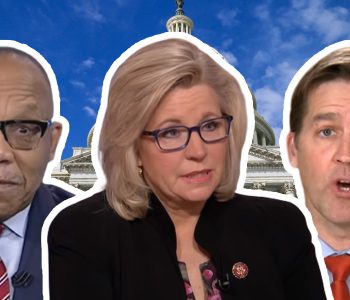 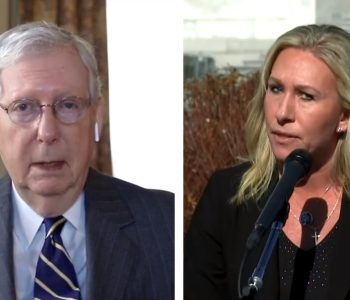