Lack of Self-Reflection: The Relationship Destroyer 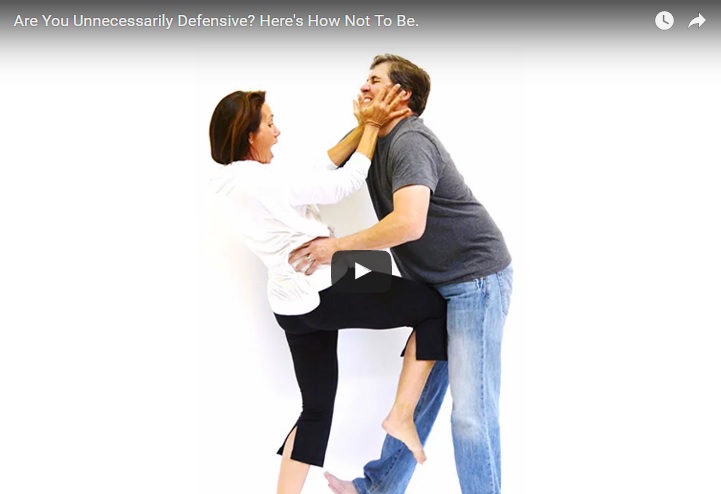 One of the biggest problems in relationships is the lack of people knowing themselves.

They start dating someone and they try to ‘pull out all the stops, only to find that there are no stops from which to actually pull. Then, when the person they’re dating realizes the same and comes to them to address it, they get defensive.

Because no one wants to hear that they’re not as awesome as they thought they were.

This is called denial.

One would think that them being in denial should and would be obvious at that point, right?

I mean, we shouldn’t have to tell an individual that they don’t yet have the tools to build a strong, healthy relationship if they took the time to look deep inside themselves and found themselves lacking, right?

Take defensiveness, for example. If an individual knows that they have an abnormal defensive mechanism due to bad things that have happened to them, should they have to be reminded of that when it rears its ugly head, especially at unnecessary times?

Well what happens when they’re reminded of such during those times, but the mechanism has completely taken over and their defensiveness is out of control?

Nothing good, more than likely.

It is a difficult thing for an individual to look at themselves in their mind’s mirror and see the reflection they don’t want to see. However…

…it’s not just enough to see them. One has to look at what they have found inside of themselves and accept the truth that they see.

You see, when it comes to that truth, it’s more difficult to see and accept when it comes from another individual because one can simply say, “They don’t get me.“

That’s an easy, temporary mental out. However, what happens when it’s you saying it to yourself? Do you get you?

Evidently not, not if you don’t accept the truth that you see.

From another angle, you not getting you is a completely different animal. Other people may not have all of the information with which to make an informed decision about you.

You, on the other hand, have all of the information you need to make the most poignant assertion of yourself. The question is, are you honest about using all of it?

If one can’t be honest with themselves, they will find themselves repeatedly placed in scenarios where their lack of honesty…their lack of self-reflection…tremendously hurts their chances at attaining or achieving something, be it a job, a career, or a long-term, healthy relationship.